A collection of stories and a celebration of our community.

Turning Tides @ The Palace is a Heritage Lottery Funded project and focuses on the history of Crediton’s Palace cinema and the stories of people whose lives are connected to it.

The project has evolved from the ideas and interests of people with and without ‘learning disability’ or ‘autism’ labels who are part of The Turning Tides Project. We chose The Palace (now a pub, Buccaneers Bar) as the venue for our media and film projects day (Making Waves) because of its history.

Many of the people who are part of The Turning Tides Project don’t use conventional speech and aren’t readers; use of film is an essential part of how we create an environment where everyone can communicate, participate and be included in the arts, music and life of our community.

During this project we...

- Visited John Heal at The Crediton Museum. John gave us a guided tour and found the materials they had about The Palace to share with us. John later delivered a workshop on ‘The Palace and its heritage’

- Interviewed members of the public and recorded their stories of Crediton at that time, The Palace and The Regal

- Held a final exhibition and screening party at The Palace (with popcorn!)

- Had a successful touring exhibition that visited 7 different venues

The exhibition is now online and in The Tea Rooms for your viewing pleasure. A huge thank you to everybody involved in making this project! 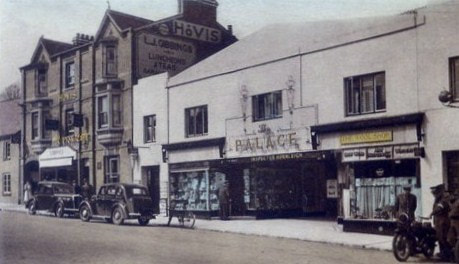